The 6 Differences Between TBI and a Concussion

You might hear both the terms “concussion” and “traumatic brain injury” in relation to head injuries. Both of these things can occur when someone sustains trauma to their head and brain, but what is the difference between TBI and a consussion? Is there a difference? Understanding what they both are and when a concussion is a traumatic brain injury is important if you or a loved one has recently sustained a head injury. The distinction can be important to understand for medical reasons but also for legal matters if you are considering a legal case after an injury.

This guide will help you to understand the difference between a concussion and a traumatic brain injury (TBI) and when doctors may use the two terms.

What Is a TBI?

A traumatic brain injury or TBI is when the brain is injured from sudden trauma. This could be due to someone falling and hitting their head, being injured in a car accident, assault, or various other causes. Traumatic brain injury is the cause of millions of injuries in the United States each year, as well as about 50,000 deaths annually.

What Is a Concussion?

A concussion isn’t entirely separate from a traumatic brain injury. In fact, it’s a type of brain injury and is often called a mild TBI. Concussions are common in physical sports, but they are certainly not limited to people who play sports. Concussions involve a short change in brain function after an injury. They are usually not life-threatening, but they can range in severity, from mild to more serious. Repeated concussions can also be dangerous, as we are possibly seeing from many athletes suffering the effects.

The Main Differences Between a TBI and Concussion

Although concussions are a type of TBI, there can be differences between how the two terms are typically used. While a concussion is a mild TBI, a traumatic brain injury isn’t always just a concussion.

1. Concussion is often used to refer to short-term symptoms

The term concussion is usually used to refer to the initial effects of a brain injury. When someone first hits their head, they might experience symptoms such as dizziness, confusion, nausea, headache, ringing in the ears, or fatigue. More severe symptoms can occur too, including seizures, weakness, numbness or a lack of coordination, and slurred speech. However, most people recover from a concussion without experiencing any long-term symptoms.

On the other hand, a more serious TBI could result in permanent brain damage and symptoms that last a lot longer. Some traumatic brain injuries are permanently disabling or cause long-term effects.

2. Concussions may be less obvious and more difficult to diagnose

3. TBI may be used to describe more severe injuries

Concussions are technically mild traumatic brain injuries, but you won’t always hear medical professionals like doctors and nurses refer to concussions as TBIs. This is because it can sound a bit too serious for an injury that will most likely heal within a few days or a couple of weeks. You might be more likely to hear traumatic brain injury in reference to a more serious injury, including those with more persistent symptoms or TBIs that result in permanent brain damage.

4. Concussions will often heal on their own

Most of the time, a mild concussion doesn’t require much treatment. Someone with a concussion may be recommended rest and prescribed over-the-counter pain medication to treat headaches. They might be given some other medications in some situations, and it is often recommended that they are monitored for any additional symptoms that could arise. However, more severe traumatic brain injuries will not necessarily heal on their own. They might require various treatments, including medication or therapies such as psychotherapy, physiotherapy, or occupational therapy to address the consequences of the injury.

5. TBIs can cause permanent damage

Concussions will usually get better on their own, but more serious TBIs can cause permanent brain damage. The extent of the injury might be gauged through the use of diagnostic imaging and other tests. Doctors might discuss symptoms with the affected person or their family and friends to get a better understanding of how the injury is affecting them.

Traumatic brain injuries can be treated with a range of options and it is possible to make improvements with a number of different symptoms. However, some injuries may be permanent and can only be managed.

TBIs can require various types of rehabilitation to address the physical, emotional, or mental health effects of the injury. Someone with a traumatic brain injury might receive occupational therapy, physical therapy, speech, and language therapy, or speak to a therapist about their mental health.

They might also have a social worker or caseworker who helps them to manage and access the treatments that they need. Some people with traumatic brain injuries might also need extra care and support to help them manage their day-to-day lives. This could mean anything from having their home adapted to meet their needs to working with a personal assistant who provides them with support to improve their quality of life.

Get Legal Help After a Concussion or TBI

If you have sustained a head injury and you believe that it was caused by someone else’s negligence, you might have legal recourse to seek a financial settlement. Treating a TBI and adapting to living with a disability can be extremely expensive, but you may be able to receive financial compensation to cover the costs. Get in touch with us today to find out how we can help.a

We are a group of experienced and dedicated trial lawyers who prioritize quality representation. Our clients’ best interests are always at the forefront of our minds, which is why we fight tooth and nail to get the best possible outcome for every individual who comes to us for help. We want you to get the results you deserve, and that’s why we work tirelessly to secure positive outcomes for every case we take on. 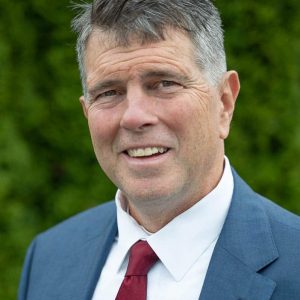 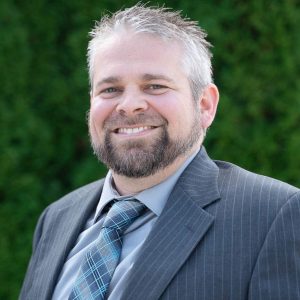 Can I Change Personal Injury Lawyers?

Do You Have a Traumatic Brain Injury?

Is Lane Splitting Legal in Washington?

Get Your Free Case Evaluation

The best way to get a free consultation for your severe personal injury case is by contacting Wells|Trumbull. They have the experience and knowledge necessary in order to help you.

Call Us For Free